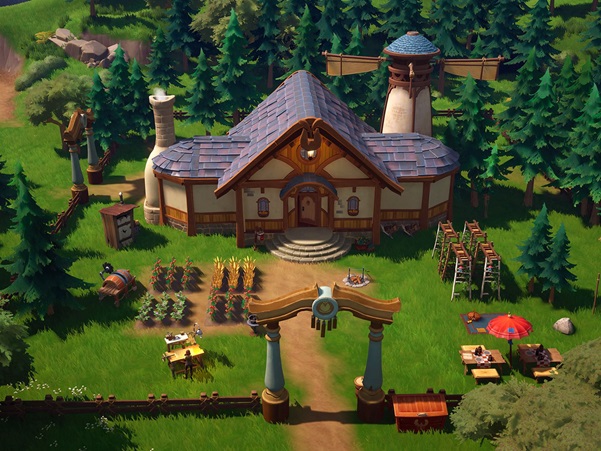 Whilst some genres are often times more well suited for mobile given the way the games play with the likes of smaller puzzle games and flashy wagering games, with some at maximumcasinos.com topping out the list as the most played, others struggle to find as much representation as the more complex style of game or greater input make them difficult to play – with the reveal of a new title looking to change this however, it could provide an opportunity for the MMO genre to emerge in a new way on a smaller platform.

The announcement comes from Palia, a game developed by former Blizzard and Riot employees, and could be a game that changes the way the genre is viewed – likened to games like Stardew Valley, the hope is to deliver a game that focuses more on the community and building a social experience rather than the typical approach of an MMORPG which has usually be focussed on combat and group play – the typical approach is harder for mobile as co-ordinated play and lots of faster actions isn’t as easy, but a small social approach certainly is.

The game currently is only slated for PC release, and given the work that will go in to it it’s unlikely that it could see a mobile shift with current hardware, although if the game is successful it does prove that this different approach to the genre could certainly be successful and be something more akin to browser based games of the past like Habbo, with a similar social focus, and an opportunity to deliver the genre to mobile too. It’s also just as important that the mobile gaming player base has been seeing a huge uptick in numbers too from a range of different demographics, and new potential releases in this space could certainly drum up enough support from this growing audience to succeed where others struggle.

Given how quickly hardware in mobile continues to change and with the promise of the next step for networking in 5G just around the corner too, the platform is poised to have a huge successful title released for the masses, and as mobile esports grows alongside other popular genres too there will certainly be a call for a social gaming space on mobile – that isn’t to say there won’t be difficulties, as mobile has largely been a singular player experience for most, but if there is time to deliver change then it may certainly come from this promise of a less action oriented and less input heavy style of game, and more in favour of something more relaxed and something that favours a slower approach of play which the mobile is more well suited for.