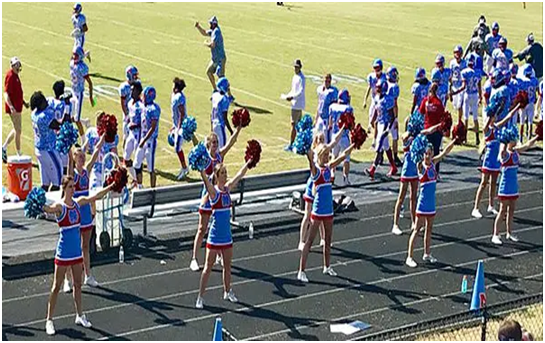 Without a doubt, cheerleading is currently one of the most popular sports in the United States. More than half of the schools in the country have cheerleading squads and as of 2017, more than a million of the U.S. population are proud cheerleaders. Due to its newfound, ever-growing importance, numerous meaningful organizations across the country have dedicated their efforts to recognizing and protecting the rights of cheerleaders.  Cheerleading, however, is an expensive hobby, it is crucial to carry out a few fundraisers for cheerleading every year to keep the team funded.  For help with your cheer fundraising, visit Fundraising Zone.

Despite the prestige surrounding the sport, being able to reach the finals (and nationals, if they’re hopeful) alone can be a great chore for the entire squad, especially towards the younger members involved in it. With different obstacles to think about, such as the costs of food, clothes, and even transportation, various cheerleading squads have come up with ways to raise funds that would ultimately help them reach their goal of victory. Some of these ideas are very traditional in nature; ones that your grandparents or parents would’ve done back in their day, but the coolest thing about it is that they would still work even today.

The first thing cheerleaders can do to raise money is to sell paraphernalia representing their teams. This can include T-shirts, jackets, mugs, stickers, pens, etc. Cheerleaders have to take into account the costs of making these items, however, so not only do they learn the value of money but also of having to develop strategies that can lead them even further to meeting their goals.

Organizing a food sale is another method these cheerleaders can use to garner funds. Not only is it simple to do; it’s also nutritious, satisfying, and can be sold at cheap prices. Popular choices for food sales include cookies, donuts, and candy bars. Certain companies, such as Krispy Kreme, have offered to partner up with schools to help out with the fundraising and some squads can get fifty-percent from the overall profit made. If they want, they can also opt to run a citrus fruit stand, whether it be lemonade or orange. Let’s face it; no one can go wrong with the mother of all basics in the fundraising business, and they can have lots of fun while doing it.

Other traditional jobs cheerleaders can choose to do is sell candles and offer gift-wrapping services. The candles come in various shapes, sizes, and scents, and sellers are highly encouraged to give out samples to customers so that they can have a look at them. Oftentimes, customers are also given the choice to buy other merchandise accompanying the candles such as candle holders which cheerleaders can create and customize by themselves. Gift wrapping services are also fairly prominent. Sellers are required to have a table set up either within school premises or anywhere in the neighborhood so long as it’s safe. Doing these kinds of jobs will enhance youngsters’ creativity and ability to work with their hands.

Car washing services require some physical activity, but if they’re done within the neighborhood, customers will have more access to them and they could end up paying a lot. Sometimes, gas stations and restaurants are also willing to help cheerleaders out looking for extra money by allowing them to set up their booths. Not only are these youngsters able to help out their community; they also learn the value of camaraderie and working hard.

Last but not least, cheerleaders can also run a yard sale. Setting up a yard sale can be both engaging and challenging for cheerleaders since they’ll be forced to look into their closets for items they may want to already discard and sell. They can also ask family members, friends, fellow students and faculty members for items to sell and pay them their commission after hitting their target profit. By doing this, cheerleaders will be able to build up their decision-making skills.

Nowadays, cheerleading has reached even greater heights in terms of fame. To maintain its status as one of America’s most beloved sports, its members, both young and old, should continue to cultivate and convey exemplary traits such as leadership, compassion, and grit that would not only set them apart from everybody else; these would also serve them well in whatever path they decide to take whether today or tomorrow.