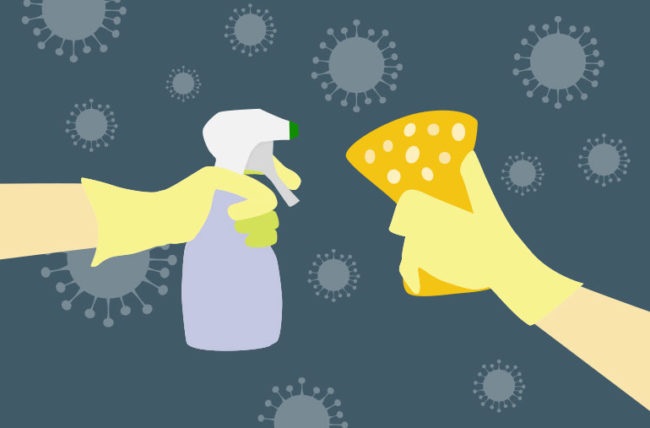 We are in the midst of a global pandemic with many countries currently in a state of lockdown. Due to the aggressive nature of COVID-19 and how easily it is spread, nations are wary about returning to normal life, only to find a second, potentially larger wave of the virus spread and having to go back to square one again. Not only is this Coronavirus causing mass death and illness but it is ruining economies around the world – businesses aren’t able to trade as normal, people are losing their jobs and governments are spending money they simply don’t have. For this very reason, we need a way of moving out of lockdown conditions in a controlled way until a vaccine is developed and this is where the tech sector can really help out.

We have already seen some nations such as China develop an app used by every resident in the country to alert people to potential danger from the virus around them. The app assigns each person a status using a traffic light method – green means a person is free from the virus, orange means a person was diagnosed with it recently and red means they currently have it. As it is China, a communist country, the government and the police can happily interfere with peoples lives as much as they want and impose as much control as they would like to over the general public. You MUST carry your phone with you whenever you go out and if a police officer asks to see if you must show them your status. You are also limited on what you can do and which places you can go to dependent upon your status, for example orange or red statuses would mean a person is not allowed in a shop.

The app works by users signing up to it, setting their status as to whether they currently have or have ever had the virus and then phones use Bluetooth to communicate with others nearby and alert others to people in a close proximity who potentially have the virus, allowing you to leave before becoming infected. The government then has access to all of this data in order to track Coronavirus case levels and how frequently people are coming in to contact with infected people and in what places those are.

Weaknesses In The Current App

There are a few major weaknesses with the app currently being used, the first being that it relies on people filling out their status truthfully. If you had recently been diagnosed you could simply fill out that you have never had it so you could go wherever you want. The only way to get around this would be to use it as a form of national ID where it is linked to your passport, driving license and national insurance details and then if you have a positive test it is filled out at a government level by the user. Even with this though, it doesn’t allow for people who have potentially come in to contact with that infected person changing their status. It is impossible for the government to know other that who is listed as living at your address who you have come in to contact with on a daily basis and therefore the same fundamental flaw is there.

The second and major weakness with this app is its implications on privacy. It is effectively mass surveillance, tracing where everybody is at all time and who they interact with. In a country such as China, Russia or North Korea this would be absolutely fine but in many democratic western countries it simply wouldn’t be allowed – even if it does have the potential to save some lives. If it did come in as a temporary measure there would also be the fear that it wouldn’t ever go away and would be utilised by the government secretly – as has happened numerous times in the USA post 9/11.

App developers around the world are currently working alongside governments on new ways to modify this app to make it more accurate and impose less on the privacy of a resident but the fundamental problem that is always going to stand in the way is the link between testing and the app. One theory that has been put forward is that when antibody tests are widely available, there will be a unique code on each pack that a user must type in on the app to find out the results of their test, in a similar way to how a card reader works for your online banking. This way, a person HAS to input their details, download the app and the test results will automatically be logged not giving the person a chance to lie about a test result.