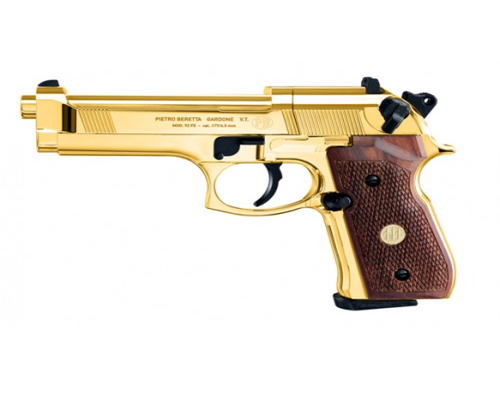 There are multiple types of handguns out in the market. These firearms come in various ranges and serve multiple purposes in human lives. These include a means of self-defence and or law enforcement. In today’s article, we are going to have a look at the Beretta pistols and all the available models that are out there in the market. The Beretta guns were initially designed for the military and law enforcement agencies. However, there are multiple models of air rifles and Berettas that have been tested and have featured in various hands of the public. As a result, we a going to give a review of a couple of models of this gun and what makes it stand out.

Featuring first is the legendary M9 also nicknamed as the ultimate tactical firepower. The M9 is the most successful handgun that is currently in use by the military and other enforcement agencies such as the police. The M9 has three 12 rounds of magazines that deliver impressive power. Furthermore, the M9 is known to be quite safe and reliable. Also, the M9 has an enhanced recoil buffer and is an ultimatum for shooters whom a looking for a professional pistol for defence purposes.

Features of The Beretta CO2 Pistols.

Other Beretta replica Air Pistols include the 92-Fusion black, 92 FS, 92 FS Fusion, the M9A3, the APX Tactical among other models that are currently available.

The 1980 semi-automatic pistol is indeed a gun that will win you any battle. As a result, this weapon is preferred by law enforcement agencies. In addition, Beretta pistols come at a reasonable price compared to its competitors like the SIG P226. Because of this we highly recommend the Beretta to any marksman out there.