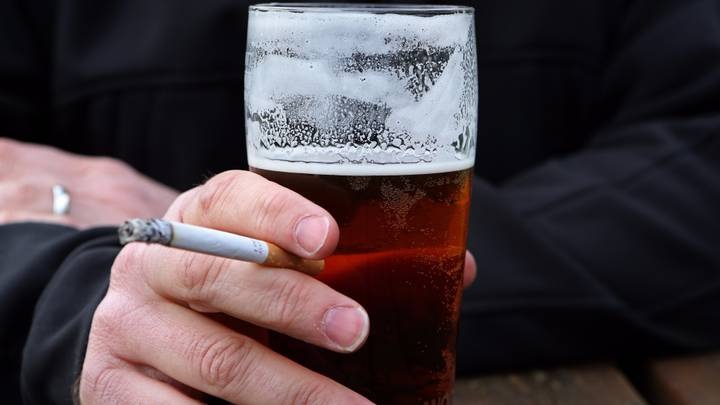 I want a cigarette to be a common phrase while sitting at the bar. Why do we crave cigarettes when we drink? Well, there are several different reasons I believe. Smoking has been around for a long time. Chewing tobacco has been around a while also. Tobacco use is ingrained in some of our genes. The craving for it has been compared to opioid addiction. The significant difference is that cigarettes are legal and can be purchased everywhere, Davidoff cigars for example. This has a major effect on the use of tobacco and cravings it produces. Some of the reasons we crave cigarettes when we drink is fairly simple. Well, The science community has mice that tell a whole different story. There are a lot of things going on in the brain before, during, and after we smoke. Face it, smoking is cool. You just look so cool with a cloud of vaporized plant material blowing out your pie hole. I mean.. who wouldn’t find that attractive. It’s an image dish with a side of ego. Smoking is a social habit that was formed with situational guidelines we all adhere to. The smokey bar for instance. Then there is the “busy” aspect of it. You look like you’re doing something, when in fact you are watching the person watching you. You just look cooler because you have a cigarette.

The availability of nicotine is amazing. So many places to buy it with so many delivery devices to get some, Davidoff cigars is a great example. The advent of the “vape pen” has furthered the craving and desire for nicotine. We chewed the stuff because it was an easy delivery system. The only setback was the expelling of the used tobacco juice and that was easy enough, just spit. However spitting became an unfashionable thing to do. Then the pipe comes along and that works, however it takes two hands. We just don’t have time for that. Great for sailing on a ship, you had time two smoke. Doesn’t work too well on a horse. In comes the cigarette. Easy enough. Just light and go. Don’t even really need two hands, damn the ash. All these delivery systems ultimately delivered nicotine into our systems to be stopped up by the brain. It’s all about convenience.

Mice is a controlled lab study that showed that mice brains loved nicotine and that they remembered they loved nicotine. This reinforced neural pathways to the dopamine warehouse(that’s where they store their dopamine)and the power of association took hold. The same can be said about human brains. Except, we drink alcohol and this complicates things. Alcohol and nicotine have developed an unhealthy relationship. It’s functionally dysfunctional. I know people who have this.. or is it mice… either way it’s not good for the brain that it lives in. Alcohol has its own issues with addiction in humans. Add nicotine, and mice experiments have to get involved, to help explain it.

Smoking looks cool, it just does. Sometime, somewhere somebody had a twinge of excitement while watching someone smoke. That was all it took. James Dean, Charlton Heston, Che Guevara, all great smokers. It’s all about sex and it’s appeal. It’s like a male bird and his pretty feathers to attract the female. for some reason it’s the same with us and cigarettes. Smoking makes for a great atmosphere. The smokey bar with jazz or the blues playing in the background makes the scene. The smokey jazz club is an American Icon. I’ve been there and seen it. It’s sooo cool. So alcohol and nicotine crave each other because of the association created by the neural pathways of your brain to get dopamine. Easy enough. Add all the other factors in and it gets complicated.