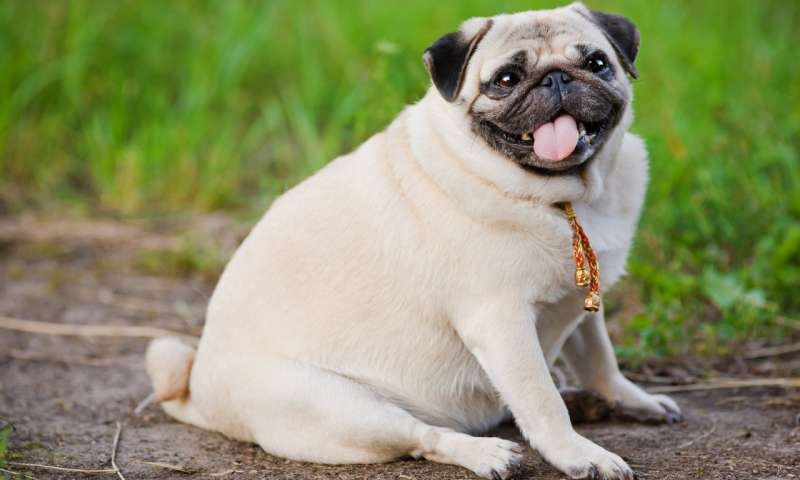 You’ve no doubt heard of owners and their pets looking like one another, but research has found that this concept actually runs deeper. It’s been discovered that obese pets could actually have the same personality traits as their obese owners.

The research was published in the Journal of Research in Personality and was carried out by researched based at Michigan State University. The researchers was completed by looking into 1600 dogs and their owners and 50 different breeds of dog were used in total. Find out more about it all below.

What the Study Says

They also found that dogs and their owners had personality traits in common and they offered mirrored one another. People who were more outgoing tended to be owners of outgoing dogs and people who have anxiety often had more anxious dogs. This is likely because people pick dogs that resemble them in various ways. But it’s also because they share similar lifestyles and these lifestyles intertwine over time.

These lifestyle similarities go some way to explaining why best pets often have obese owners and vice versa. And their shared personality traits also make this likely as well. However, animal obesity is a growing problem and more needs to be done to tackle it.

The Causes of Obesity in Dogs

When it comes down to it, there’s nothing too complicated about the reasons for obesity in dogs and other pets. It’s really all about their diet and the amount of exercise they get. If your dog is eating too much and not getting enough exercise, obesity is inevitable.

Even if you and your dog both have personality traits that make you more likely to be obese, that doesn’t mean that there’s nothing that can be done to combat the problem and find ways to reduce their weight,

How to Improve the Weight and Diet of Your Dog

The first thing you should do is look at what amount of food your dog really needs. Consider their age, size and breed when deciding the portion sizes they require. There’s plenty of information out there to guide you as you work this out.

The quality of the food matters too, so look at the pet food options on offer at Barking heads. If your dog is overweight, it also makes sense to exercise them more. Get them moving and on the go and they’ll soon start burning off that extra fat.

The way in which dogs can reflect the personalities of their owners is a fascinating discovery and helps us to understand the health of dogs better than ever before. No matter the weight problems your dog is facing, there are things you can do to help them get healthier.