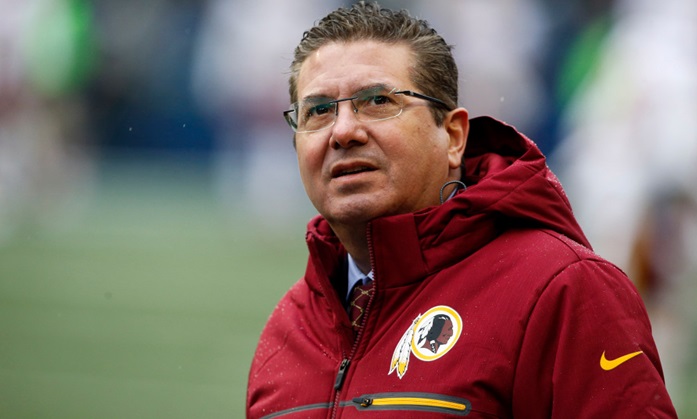 The Washington Football Team has had to drop its team name following intense pressure from corporate sponsors, politicians, and activists. The franchise will now search for a new name and logo. The name that was dropped has been with the franchise since 1933. For the coming season, the team has decided to go with the Washington Football Team as its official name. Daniel Snyder, who has been the owner of the franchise since 1999, believes the team needs more time to find a suitable name. However, Dan Snyder has hinted at the possibility of keeping the temporary name for good. In an email to The Wall Street Journal, he shared that if the team name catches on and if the fans embrace it, he would be glad to keep the name.

The pressure to change the team name has come at a time where the entire nation has seen massive protests against racism in wake of the tragic killing of George Floyd. Long-term critics of the team name have continued to raise objections because the term was commonly used as derogatory to Native Americans. With a surge in racism protests, this issue received widespread attention and support, forcing the team management to change the name.

The Snyder family had considered changing the name of the team over the years. The name of the team had become symbolic of football in the local community and the name has carried with it years of legacy. It was not an easy decision to change the name, therefore every time Dan Snyder thought about changing the name, he didn’t go through with it. Dan Snyder grew up as an avid fan of the Washington football team. It was a dream come true from his to become the owner of the team he loved as a youngster. As an owner of the franchise, he has led the team with passion and commitment.

With racism in the spotlight in recent times, the name had become too distracting for the team and the management. It took the focus away from the sport of football. Dan Snyder has always believed in equal opportunity for all, regardless of race. He decided to drop the name in the spirit of an all-embracing culture of the franchise. According to Dan, if the name divides people, then the legacy associated with the name is not worth it. He would rather have a new name that is a source of unity for the people for the next century or more.

What has been most challenging for Dan Snyder has been the timing of the events. The team had to drop then name on July 13th, only two months before they were scheduled to play their first of the season. The search for a new name has gained a lot of attention from the fans and media. Fans and media have suggested several names for the team including Redwolves, Redtails, and Generals. However, there has been no indication from the team management that they have come close to finalizing a name. On July 23rd, the team management announced they would play the coming season under the name of the Washington Football Team and would not have any mascot for the season.

It is a massive undertaking to drop a name that has been an integral part of the local community for 87 years. The dropping of the name has meant the franchise had less than two months to wipe off the old name and logo from the entire stadium, street signage, and more. The street leading up to the stadium had to be renamed as the Sean Taylor Road, in memory of the former player who was murdered in 2007. The lower bowl the stadium has been named after Bobby Mitchel, who the first African American to play for the team.

Dan Snyder has led the task of rebranding the team, which had faced intense criticism in recent times. As a step towards a new era, Dan Snyder hired Julie Donaldson in the role of senior vice president of media. Donaldson replaced one of the accused and is now the highest-ranking woman in the franchise. In another appointment, Jason Wright, a former partner at McKinsey & Co and former NFL player joined as the president of the franchise. He became the first African-American to hold this prestigious role.

For the new name and logo, there is no deadline provided by the franchise. According to Dan Snyder, there is no urgency to find a new name, they would like to take their time and pick a suitable name. For the ongoing season, the market campaign has been launched under the title, “No name, but team”.