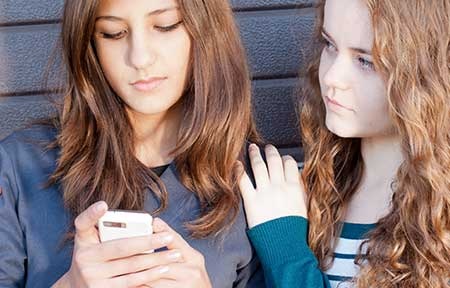 The modern digital era has introduced many advanced solutions but at the same time, it has got us in trouble. Where our teens are using the internet and their digital devices for study purposes, they are prone to other things happening over the internet as well. This digital age had led us to issues like bullying, screen addiction, poor lifestyle, and much more.

One of the most negative influences of this digital era on teens is sexting. It is a growing trend now and parents are worried. Some of them are searching for the best parental control apps to deal with this situation.

Sexting is sending explicit videos, text messages, and photos to each other through digital devices such as smartphones, tablets, and computers. The frequent use of these devices has opened up ways for teens to communicate with each other through video calls, text messages, and more. Now, kids are using these platforms for sexting purposes as well. Normally, teens start this as a part of the joke; they flirt with each other and in doing so, they cross many limits in no time.

Some Facts about Sexting

Here are some of the well-researched facts about sexting in teens:

Why Do Teens Sext?

Some several reasons and situations lead to sexting in teens. Sometimes girls are pressurized in a relationship by the boys to send explicit photos and messages. However, only 18% of the boys have accepted that they have made their partners send such content. These issues are raised when there is a problem in self-esteem and power imbalance in the relationship.

In teens, it is considered to be a great achievement to have sent nude photos to your partner. So, when they do it, they brag about it to their friends to share the extent of their new relationship.

Sometimes it is all about getting great compliments from the partner about the photos and the figure.

Some teens tend to do this to establish a strong sexual and romantic relationship. Some might send such photos to flirt and joke. Little do they know that these photos can be used against them to humiliate them and make fun of them.

The teen might not know at this point about what could be the consequences of their actions. Several things can happen as a result of sharing such content, such as:

Kids are emotional and impulsive enough to send explicit photos to the strangers who they have just met. Later on, the same stranger threatens them with those photos asking for different things. It is a chain that never ends and it has endless humiliation for the kid.

Where kids are prone to new adventures and exciting things, at the same time, they are prone to be hurt easily as well. And, the level of humiliation that occurs when someone with your nude photos blackmails you or shares those pictures publicity is endless. This poses a serious threat to the mental health of the teens as they hardly know how to cope with it.

The most common result of sexting is bullying. It feels right to share stuff with their partner at that time, but when the same partner after break-up tries to humiliate the teen with that content, it hurts. Teens are emotional so they use such tactics to humiliate the other person immediately after the break-up

Read more about it here: https://kidsnclicks.com/sexting/

What Can Parents Do?

If you are unknown to this aspect of digital media for your teens, it is time to wake up now. Here are some of the things parents can do prevent this from happening to their kids:

If you feel shame in talking about sexting to your kids, think about the time when they will find out about how it has hurt them. Pick up the right time and talk to them about it. It is very important to educate your kids about what could happen if they enter this filth. You can collect some news, articles, stories, and stuff to share with them.

It is very important to limit their screen time to make sure they are not getting addicted to the use of the internet. Limiting their screen time will also make them more interested in offline activities such as outdoor games and real friends gathering.

3. Use a Parental Control App

When you are not sure what is happening to your child, or you know that they won’t share with you, it is time to use parental control software. A parental control app can help you monitor their activities including their messages, call logs, social media platforms, and stuff. It is an easier way to know if they are being indulged in any of these activities or not.

The digital world is full of things that are dangerous for your kids. But, if you take the right step at the right time, you can save your kid from a lot of humiliation and hurtful things. It is very necessary to educate them at the right time and keep an eye on them so that you can make sure they are okay.