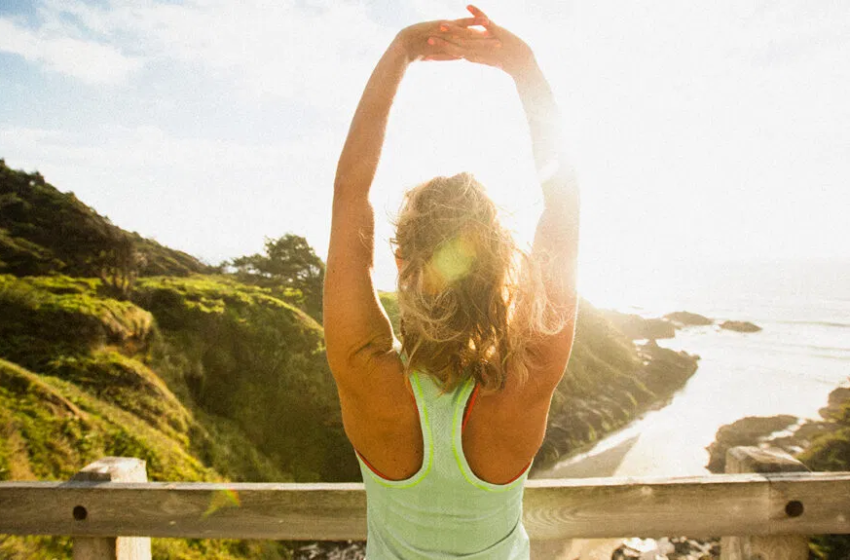 In ancient world religions the sun is the giver of wisdom, life and light. Omniscient Gods associated with the sun chase away darkness and provide enlightenment and illumination to mankind.

History is sprinkled with deities, dances, cults, sacrifices and mythology linking the sun to the greatest power. From ancient Egypt to both Sumerian and Akkadian religions, to Indo-European peoples – the sun has been viewed as divine.

The sun was regarded as a creator and nourisher of the earth, with life-sustaining abilities.

In the Vedas of ancient India, Surya is an all-seeing god who sees both good and evil acts and is capable of not only expelling darkness, but also evil dreams and diseases.

The practice of honoring the sun was replaced with fearful avoidance for many decades. This was done out of concern for skin cancers, a mindset that has just shifted in the last couple of years. Scientific research is revealing myriad benefits to sunlight and are now recommending that people cease shunning the sun.

“Sunshine is life-renewing and sustaining,” said businessman George Scorsis. “Sunshine has always been good for my productivity. It is like that little break and absorbing some sunshine helps make me a better businessman. It is a good reboot in general. I don’t doubt the restorative power of the sun for people.”

In addition to a host of physical and psychological benefits, it is also documented to help improve test scores, according to a 2017 study published in a 2017 in the Journal of Human Resources.

Mood elevation: A number of receptors in the brain are responsive to sunlight and impact mental status and alertness, according to Dr. Michael Roizen, chief wellness officer at Cleveland Clinic in Ohio. He also iterated what was discovered in the 2017 study, that moderate sunlight exposure can help improve mood and focus by boosting serotonin levels, which is touted as the “happiness hormone” that keeps people both calm and alert. Further, sunlight is known to decrease the risk of depression for people prone to seasonal affective disorder.

Sleep improvement: the more daylight during the day, the more melatonin produced at night, Dr. Mithu Storoni, researcher, physician and author of Stress-Proof told Forbes. Melatonin is known as the sleep hormone and impacts the brain by improving sleep and synchronizing the biological clock. She also noted that sunshine helps regulate circadian rhythms. A distorted circadian rhythm can induce symptoms of bipolar disorder and depression.

Bone growth: Vitamin D is known as the “Sunshine Vitamin” and is a hormone that helps with calcium absorption – essential to bone growth. To get that boost, people need sunlight on their skin 5-15 minutes a day for three days a week, according to the article.

A stronger immune system: Regular sun exposure is a great way to activate Vitamin-D levels in the body and since Vitamin D is important in signaling the immune system, it can help decrease chances of infection, cancer and mortality after surgery,” according to the article.

Sunshine fueled Vitamin D is also a boon to employee job and life satisfaction, according to George Scorsis.

“This is at least one reason why so many entrepreneurs and businesses are heading to warmer climates,” he said of the southern migration of businesses across North America.

Studies also reveal that sunshine can lower blood pressure, lower the risk of melanoma and even promote weight loss.